What better way to commemorate 9/11 than to gather with a group of barefooted strangers to sip tea and talk about death?

My friend Dorothy and I decided to check out a Death Cafe. I have mentioned these in an earlier post.  Held globally, they provide an opportunity for people from all walks of life to get together and chat about the finite aspects of life.  They are much like the Salons  held in previous centuries, refined affairs which were as Homer said, “to please and educate.” For us since we met at a Buddhist Retreat, shoes and formal attire were decidedly optional.

We did not know what to expect. Dorothy is a good friend – we had met years earlier and formed an informal ‘coven’ with another mutual friend based on our almost manic love of all things Halloween and macabre. Who better to bring along to talk about a subject many may feel uncomfortable discussing – especially on a sunny afternoon? Dorothy is decidedly not squeamish (maybe because she also has three children and a husband in law enforcement) and is always ready for a new adventure.

Although a Buddhist Retreat, this location was also the home of the two Buddhist priests – women – who hosted the Cafe in the basement of their home. (No, they were not sporting saffron-colored robes, I was disappointed to see, but run-of-the-mill street clothes.)  It was their sixth year hosting a Death Cafe. We arrived early and were greeted warmly at the front door by one of the women and two barking, tail wagging dogs. We then walked along a wooded path around the back of the home to enter the Retreat space. Definitely a Zen-like location in the woods, with chipmunks, birds and rustling leaves serving as the background music instead of the drone of highway traffic.

We made small talk with one of the priests/hosts, while other attendees trickled into the space. I was nervous and babbled a bit about how nice the location was, what a wonderful idea this was, and how excited we were to be there. (Dorothy was probably getting the stun gun at the ready.)  A seemingly odd assortment of people filed in – young hippy types, an older intellectual couple who soon warmed to quoting references from  The New York Times and Kahlil Gibran (Life and death are one…). A few women of various ages were also part of our circle, along with a morose man who was obviously working through some personal issues regarding deaths in his family. He stared at his belly button except when he was talking. Oh yes, and the priests brought out Mr. Bones – a full-sized skeleton which joined the group dangling from wires.  Apparently its real job was to facilitate treatment discussions with patients for one of the priests who had a chiropractic practice. He didn’t add much to the conversation, except symbolically.

Our leader briefly went through some of the ground rules. You are not supposed to bring a personal agenda to the Cafe. (Yes, I’m talking about you, morose man!)  It is not a place to work on your therapy. Also, folks wishing to peddle their business have no business there.

With that said, refreshing peppermint tea was served along with a dense dark chocolate, gluten-free (of course) cake, placed in the middle of our circle on a small table serving as the focal point of the two-hour discussion. Everyone was overly polite about the refreshments and only took a minute sliver of the cake – although the cross-legged Yoga seated youth to my left with one of those messy top bun hairdos, licked his plate clean and so could have easily polished off the whole lot.

We went around the room and introduced ourselves to break the ice. The facilitator/priest, a kindly middle-aged woman with a Cuban lilt to her voice and warm dark eyes, kept the conversation going and asked us to share how we found out about the Cafe. The discussion that ensued was rather random, and covered many aspects of life and death. We talked about different beliefs – those who believe in the hereafter and those who do not. We talked about the culture of death – like the century past when dying young was so much more common but no less difficult for those left behind. And about the present day – how widow’s weeds are no longer worn, making it more difficult to identify those in mourning. 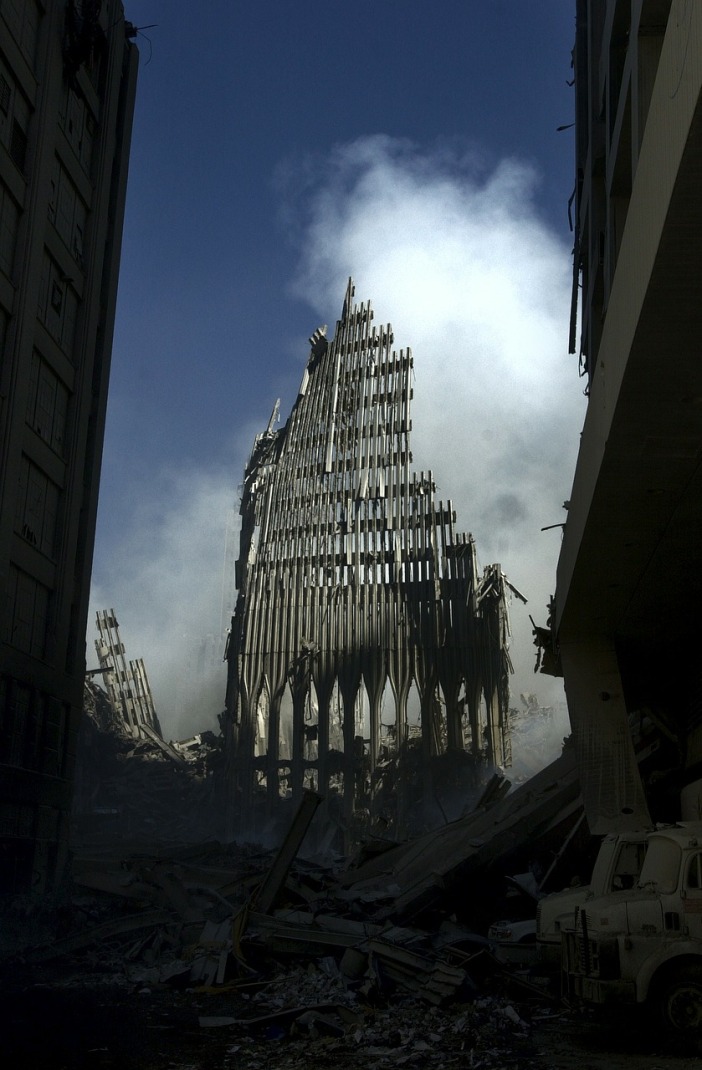 We talked about our own deaths. Do we want to have control over the time we die if life as we know it becomes too physically painful? There were different opinions on that topic. Of course being Sunday, September 11th, we talked about where we were on that fateful day, what it meant to us, and how devastating it can be to overcome grief felt by an entire nation. The two priests shared how not owning a television set, they had gone to their neighbors to watch the Twin Towers go down.

When I was a teenager I had a huge crush on the albino musician Edgar Winter. He had one rather poignant song called “Dying to Live.”  I even wrote out the lyrics and taped them to my bedroom wall. (Much to my mother’s chagrin – she asked my sister if I was thinking about suicide.) I liked the song because it resonated with my teenage angst and loneliness. It begged the question, Why bother to live, if it all ends in death?  However, the song wraps up on a hopeful note with the singer making a pact to make the most of his life and keep going on the best he could (sigh…oh Edgar!).

The two hours seemed to go rather quickly and before we knew it our priests/hostesses drew the Cafe to a close. It was at times, dead silent during those hours as we each formulated something to share with this group of strangers. But at other times, a lively discussion flowed around this very mortal topic. We seemed proud of our contributions to the group and listened intently to what each person had to say. Eventually everyone awkwardly stood up and began shuffling toward the door to don shoes and return to the bright sunshine of the late Sunday afternoon. Donations were accepted in a reed basket discreetly placed behind the gathering of oddball chairs we had occupied for this short time.

What did I take away from this not-so-caffeinated discussion on the aspects of death? Mainly that we are all curious beings. Even if we do not understand what lies beyond this mortal coil, we are curious about it and about what others have to say about living and dying. I recommend if you ever get wind of a Death Cafe taking place near you, that you go. It’s not frightening, it’s not morbid, and who knows? You may meet other people also hoping to elevate the conversation around life and death a few more decibles.

2 thoughts on “Cake and Karma at the Death Cafe”