I had the pleasure to be invited to attend a TEDx conference recently.

For those not in the know, TEDx are the regional version of TED talks, the international phenomena that expands our mental horizons by bringing together speakers who provide snackable presentations on various topics aimed to enlighten others on the greater universe around us. The talks have to be powerful, short and well rehearsed. No podium hugging or text intensive PowerPoints.

I found out about the local event from my yoga teacher, Sheila, who had been invited to speak. The theme was the 100th anniversary of Einsten’s theory E=mc2, so all speakers had to relate their topic in some way to innovation, matter, or movement.

As it happened, I’d been binge-watching TEDx’s for months. I am predisposed to search for any information available on the internet on the topics of grief, death, the afterlife – the very antithesis of “kittens playing with yarn” YouTube videos. They are as addictive as an Elle King song, a constant drum beat I carry in my brain long after the talk,  and quite informative. A perfect distraction from the self-involved woes of widowhood that hang on my shoulders like a Halloween shroud.

I didn’t realize at first that you had to apply to attend. A short essay is submitted on why you would like to go. Easy enough for me to draw a correlation between the movement and spiritual connection yoga had provided for me following the loss of my husband. My friend Dorothy had urged me to go some months back, for which I’m grateful. 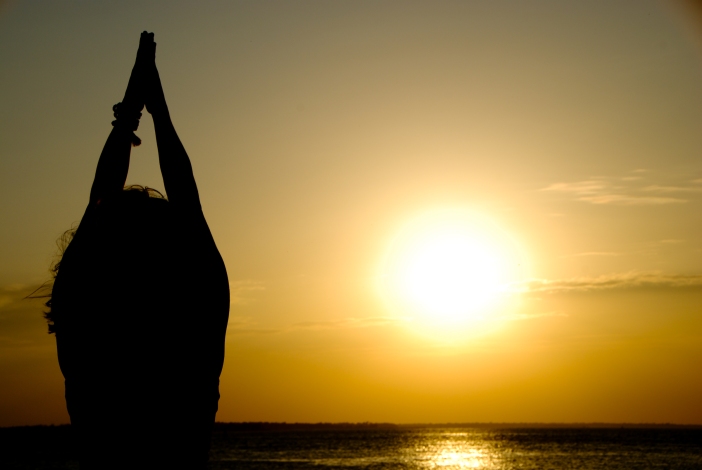 It’s not just the movement that makes yoga so important, or about being Gumby bendy. It’s a mind body connection. The peace I obtain during that one hour class tamps down my thoughts, what Buddhists call “the monkey mind.” For a short time I focus on being grounded to the earth, grateful for the sky above my head.  It’s incredibly soothing.

The TEDx talks I heard that day ran the gamut- from scientists who talked about cloning and light pollution, to young adults from different countries struggling to succeed in our fast-paced country where life balance can be elusive. More importantly, it tore me away from my computer for the day. I met and circulated with people I did not know but who shared the common thirst to learn a bit more, know a bit more.

I knew from talking to Sheila that giving one of these talks was no easy task. She’d been practicing on her own and with a coach for months. But what impressed me even more than the talks was that these people put themselves out there. They were not actors or stage experts. They stepped out of their comfort zone to share their 15 minutes of fame with a room full of strangers.

Robert Frost once said, “the best way out is through.”

That is true when taking on a new challenge like talking in front of a room full of people, or in dealing with grief.